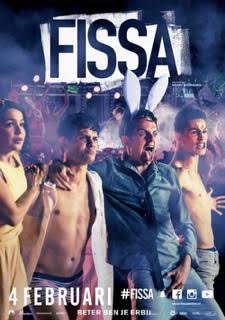 When popular students Max & Youssef see their exams go up in smoke, they call in the help of über dorky nerd Ruben. In exchange they agree to help him organize the most insane graduation party ever. During a crazy night full of madness the guys learn more about each other than they could’ve ever hoped for.

We spoke to actress Antje Boermans about her acting career and techniques, as well as some of her most memorable moments. Here is what she had to say:

When did you realize you wanted to be an actor?

I was pretty young when I realized that acting would be my lifelong career. Perhaps the movie Zus & Zo had something to do with influencing my decision. The film was an integral part of my young life and. I was three-years old when I played  the daughter of one of the main characters. I had to “steal” a piece of candy from a wedding cake. I still remember every detail of that scene.

Is it hard to memorize all those line, especially when you are young?

I have no difficulties learning and remembering my lines, sometimes they feel very natural, sometimes you need a few tricks.

Do you have a favorite role?

I have fond memories of the movie Hidden Flaws.  I played Agnes, the younger version of the main character. What I remember most are the umbrellas, the haystack and the jumping from the height of a barn down onto the haystack. Of course, the umbrellas were supposed to act like mini-parachutes, allowing us to or rather giving the characters the illusion that they would float down gently and make a soft landing in the big haystack. Well, just like real life, the movie had a twist too. After doing it a few times and having fun with the other characters as they filmed the movie, my character fell face down onto the umbrella. I didn’t get hurt, but my character lost an eye.

How was it to play in Fissa?

Shooting the final scene at the school was especially memorable. It was just one big party which lasted for three days. We had so much fun! And I have never seen so much foam in my life. The director of photography couldn’t see the actors anymore!