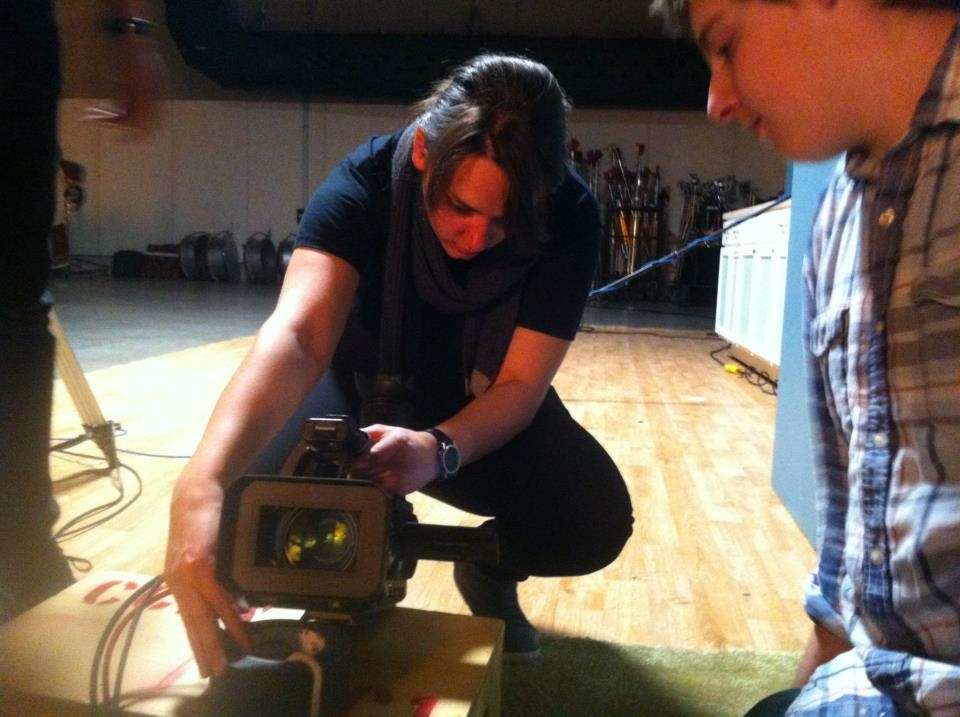 If you go to the Internet Movie Data Base on the Internet (of course) and type in Ekaterina Doldjeva’s name a profusion of great TV shows and feature-length films pop up. I wasn’t ready for all that commotion so early in the day. I mean…who has worked on THAT many productions – ever?! Well, on closer investigation, the truth came out and I was surprised. The truth is that Ekaterina DID work on all of those terrific shows wither as an electrician, that is, the one who does all the magic with the lighting, and as a camera operator.

Apparently, this young woman from Bulgaria has a great deal of talent and know how when it comes to behind the scenes wizardry. Not that we’re calling her anything but extremely talented and a genius with lights, but since she makes it look so easy we just think that she might have a little enchantment in her.

Ekaterina loves lights and she loves visual storytelling and she understands why some movies use harsh lighting and others use natural light and still others pursue low contrast or diffused lighting. She has studied films and the lighting of films and paintings and she not only grasps all the different techniques involved in lighting but she tends to look at artwork or a simple house on a simple street and then re-lights it in her mind as she walks by. But she also appreciates good storytelling too.

Ekaterina was invited to judge the 2016 Fandependent Film Festival in Chicago and the first thing she looked at was the overall story of the films. After that, she focused on the acting and how each character carried the dialog and the story. Once she analyzed those things in the movies then she concentrated on the cinematography and the lighting of the film and how everything related to the overall story. So, even though she loves lighting and cinematography, Ekaterina can be quite objective when it comes to a film in general.

Ekaterina is currently working on Sense8 and has been shooting on several locations. The thing she loves about her job is the creativity, the technical knowledge and constant learning and the collaboration that involves so many people and departments in order to create the final product.