Women and Guns | Why Women Are Learning To Protect Themselves

Women and Guns | Why Women Are Learning To Protect Themselves 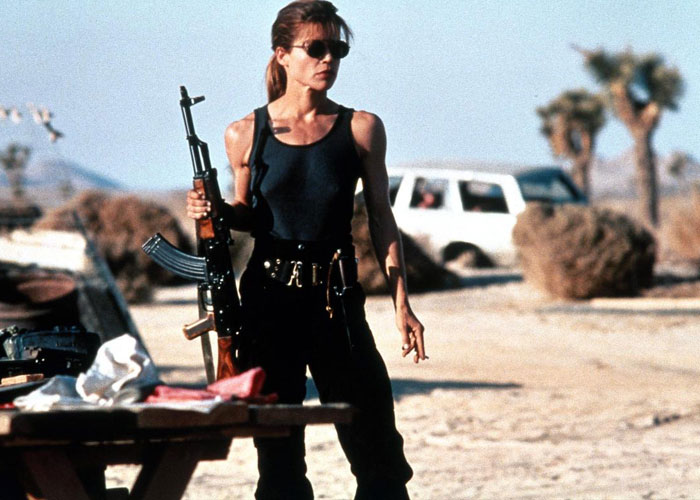 Traditionally, guns were perceived to be an apparatus that only men were supposed to own for a wide variety of reasons especially protection. But the trend of women owning guns has been on a steady rise in the past decade and the manner in which more women are developing a strong interest to own a firearm is also alarming. Women possess and have continued to own guns in the recent past due to different reasons and we will discuss some of these motives.

Personal safety; this is the most common motivation as to why women have guns or are considering to buy one. Many women for one reason or another must have gone through an ordeal with a gun at some point of their life. The majority of women share the same concern about their individual protection. Regardless of their economic class, social background and even their matrimonial position.
Women buy guns so as to learn and sharpen their shooting skills to be able to defend themselves in-case of any attack from an assaulter. Random attacks have become too common nowadays and this has prompted ladies to own guns.

Another reason is that some women are just passionate for guns. Most of the women who decide to procure a gun and own it must have undergone a wide range of training with guns. These are the types that grew up or were brought up in families or societies where at least one if not all members of her family owned a gun.

They have been living with guns throughout their entire lives and possessing a firearm has become part of her normal life. These types of women have no uncertainty about owning guns and they are fond of shooting with regularity. Many gun accessories like the gun scope, grip, hostler, Magazines, Gun Safe are also becoming popular to women nowadays.

They can at times spend a lot of time with guns maybe in sporting activities. Others buy the gun, take it to her closet or somewhere in the bedroom, lock it and never use it.  But the fact that she has one, gives her the sense of peace that she really requires.

Meet Your Husband At The Gun Range?

Another reason women are increasingly in possession of firearms is that it helps them in meeting and interacting with other people. This is clearly seen in shooting ranges where most of the people who visit are single men going to have fun.

Therefore, many single women also are buying guns so as to go and intermingle with the unmarried men and having a lot of fun and some end up getting potential husbands who they happily live with. Other women unaware of this technique also tend to purchase a gun and visit these different firing ranges also to socialize with other people.

Going to the Range Is A Great Stress Reliever

Relieving stress is also another reason more and more women are becoming firearm owners. Nowadays women are not limited in Airsoft weapons. The world we are living in today is full of challenges and countless hurdles that end up anguishing us and at some point you need to alleviate the stress. Shooting a gun has turned out to be one of the best suitable methods to blow off some vapor whenever you feel stressed out.
Looking down the sights of the firearm helps women easily to overlook the challenges that results from normal life occurrences.  Especially work related situations and other emotional pressures from their husbands and boyfriends.
Women Need Personal Protection
Women have been considered the weaker sex between the two. This has made them prone to rape cases.  Bad men view them as less violent and therefore think they cannot protect themselves on their own. This high vulnerability to sexual abuses has made women look to gun ownership to be able to protect themselves from predators.
Also to protect themselves from men who will try to sexually abuse them. A gun in this case would assist a woman to fight the potential rapists off by introducing him to your little friend. This fact gives many women comfort that live in big dangerous cities.
The other reason is that women are the people who tend to be heavily affected in most of the household violence occurring in different domestic settings. Women having realized their weakness in the sense that they don’t have the sufficient strength to counter attack their partners, they have resolved to own guns so as to be in great position of hitting back.
The most common gun women have purchased or are purchasing for purposes of retaliating their spouse’s attacks is the stun gun. It is heavily owned mostly by married women or those in a relationship because it appears to be very effortless to carry; it is effective and very easy to conceal making it the most preferred gun with these women.
Guns Produce Self Confidence
The last reason we will discuss that has contributed to the growth of women being in personal possession of guns is because many states worldwide permit individual firearm ownership. So long as you can produce a document which shows instructions that you have been qualified to handle and use a gun; the state gives her that authority to own and in some states carry a gun.
It enhances self confidence; every woman will tell you that there is nothing that enhances self confidence like having the knowledge of how to handle and operate a firearm. This has greatly increased the number of women owning guns because they have probably been told by their peers and partners how confident one can be if she knows how to handle a gun safely.
Owning a firearm gives you the peace of mind that will always improve your courage to put it into use, were you to be caught in needy situation. Several classes which offer lessons on how to handle and use guns especially to women, have been formulated and is immensely contributing to the factor that makes more and more women want to own guns.