A PASSION FOR PERFORMING FROM THE VERY BEGINNING -ROMANE PORTAIL

A PASSION FOR PERFORMING FROM THE VERY BEGINNING -ROMANE PORTAIL 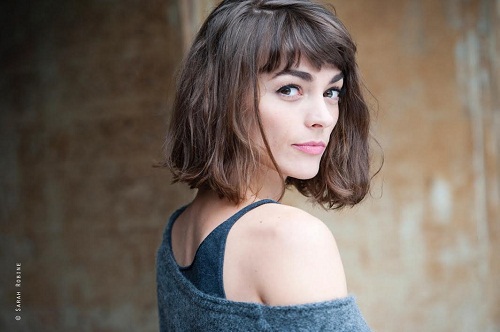 One of the greatest pieces of advice from an actress to aspiring actors is, “Take it step by step. It’s a marathon, not a sprint.” That really was the epitome of metaphor usage and the listener or reader, in this case, gets it immediately. Romane Portail said that in an interview and we believe that that bit of sage advice could be applied to almost every occupation in the world and not only acting.

Romane was raised in Orleans, in France, where her parents owned and ran a restaurant. Romane helped out with the family business but she had made a decision early on in life that acting was what she would pursue as a career. At 16, she auditioned for the Conservatory of Dramatic Arts of Orleans and she was selected for admittance by the director, Jean Claude Cottillard, who, incidentally, is the famous actress Marion Cottillard’s father. After three intensive years of training there, Romane auditioned for ENSATT, arguably one of the three top acting schools in France. Out of 800 applicants who auditioned for placement in the school, Romane was one of only twelve students to be accepted and to win a three-year scholarship to the school, paid for by the French state. Apparently, her talent was recognizable even when she was quite young.

Romane graduated, moved to France and began to perform in all the classics and contemporary plays with actors such as Alain Delon and Astrid Veillon. She also was on French TV and worked with Sagamore Stevenin in Falco, and Philippe Caroit in Mallory. Romane also worked with the Wachowski sisters on the second season of the Netflix series Sense 8. She received high praise and great reviews for her part in the movie Le Fils de Jean, alongside Pierre Deladonchamps, the Cesar-winning actor.

Romane moved to London, where she now resides, and currently has the starring role in the upcoming series Urban Jungle, which is due for release this month. It’s an exciting series of ten-minute episodes that is about the Earth’s animals going a bit mad and turning on humans – all humans everywhere. You can seethe electrifying trailer on Youtube.

Roamne has a lot of projects coming up in 2017, including a possible second season of Urban Jungle. The nice thing about this fabulous actress is that she knows how to pace herself. She can always tell whether it’s a sprint or a marathon.