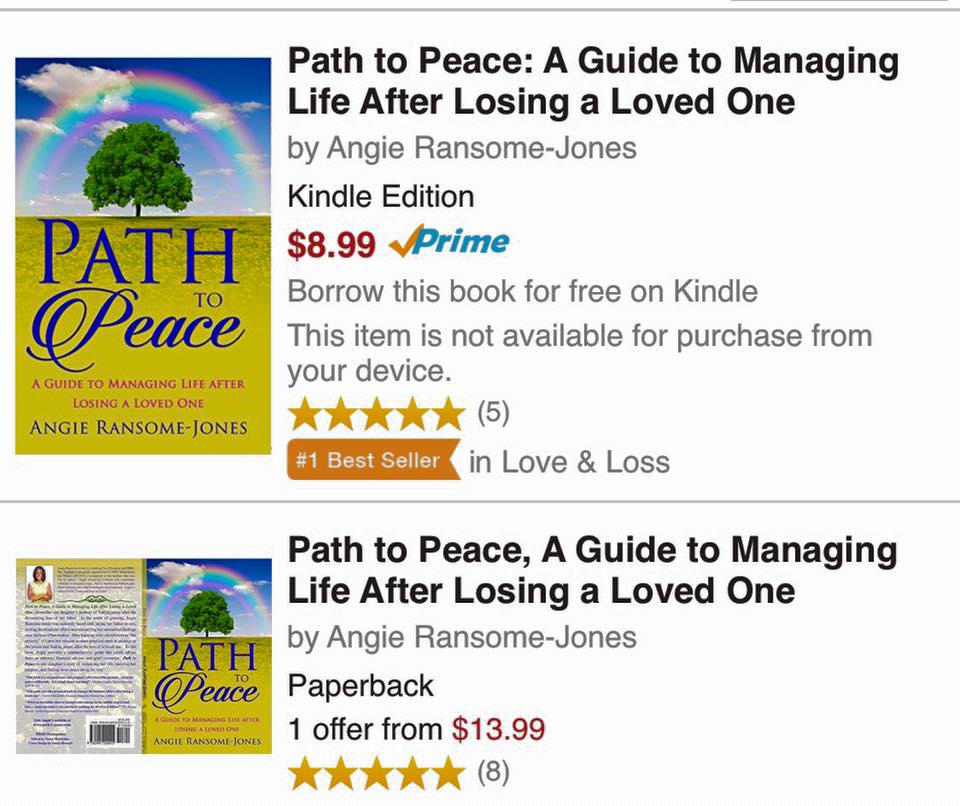 City, U.S.A:  Author Angie Ransome-Jones’ very first book entitled “Path to Peace, A Guide to Managing Life After Losing a loved One” achieved Bestseller status in both the Love & Loss and Death & Grief categories on Amazon. The book records her journey of finding peace after the overwhelming and unexpected loss of her father.

In addition to this notable achievement, Jones’ has received notable accolades through recognition in Trendsetter to Trendsetter magazine (March/April issue) and Southern Dallas County Magazine (May issue).  In addition to her recent appearance at the Dallas Book Festival in April, she will be a featured author at the National Book Club Conference in Atlanta this summer! Jones was also recognized recently as one of Dallas’ 10 Shades of Success, Dallas’ Most Influential Women and was honored at a ceremony on May 26, 2016.

About The Author: Angie Ransome-Jones is a wife of 20+ years and mother of two young men, all currently residing in Texas. A banking Vice President and MBA, Angela has her own non-profit (501C-3) organization, Magnifying our Mothers (M.O.M.), which she founded in 2010, in memory of her mother, who lost her battle with cancer years earlier. In her spare time, Angela enjoys serving as a volunteer in her church and community, along with practicing and teaching yoga, and she is an active member of both Alpha Kappa Alpha Sorority, Incorporated and Toastmasters International.