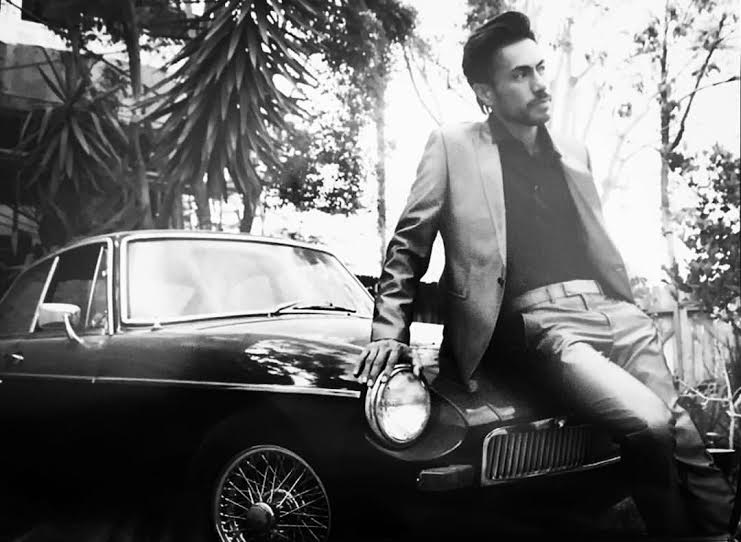 I saw Sam Tautua the other day on a commercial, I think it was Nissan or Ford, can’t remember. He was great – as usual, and the way he carries himself, along with that great and genuine smile of his, always makes me feel good about myself and about the product he is the face of. I think if I had to choose one word to describe Sam, it would be “genuine.” Of course, if I had a lot of words to describe him I might use, handsome, spiritual, kind, happy strong and fun. He exudes all those qualities and much more.

I enjoyed watching Sam’s commercial – I can’t believe I actually watch commercials, but sometimes they are more entertaining than the TV show or movie they interrupt. Anyway, after the commercial I dug up Sam’s resume in the far reaches of my computer’s central processing unit and found a lot of interesting factoids that I had forgotten about regarding that famous model, actor, presenter and TV host.

Sam lives in Los Angeles now, but he attended the prestigious Sydney, Australia school NIDA, National Institute of Dramatic Arts. He was also “discovered” several times over by modeling agencies – and how many people can say that about themselves? After the third time that an agency approached him I guess he got tired of turning them down so he signed a contract and literally, from that moment on – he became one of the world’s most famous male models. Life moves fast when you’ve got something that others either don’t have or that others want to see – which is noble bearing, talent and great looks, all of which Sam has in abundance, along with an ample amount of humility to balance all those wonderful attributes out.

I read a long list of some of the brands that Sam has represented as a model or commercial actor and just pulling a handful out of the bucket impressed not only me but a few of the people I was sharing Sam’s information with – (sorry, Sam). Nissan, Chinet, Ford Motor Company, McDonalds Park Hyatt Resort and tons more that are just as internationally famous.

I didn’t need to look at Sam’s resumé to know all about his TV hosting and Presenter career. He is totally in-demand and famous as a TV host in Europe, Australia and the United States. The way he’s going it looks like he has his sights set on taking over the whole world – in terms of TV hosting, that is. And we certainly wouldn’t mind that at all.

Well, Here comes another Sam Tautua commercial on TV. Please excuse my while I get comfortable and watch it. I don’t want to miss any part of it.

« New trend on Jewelry ! Boho Chic Crocheted Lacy Jewelry
Hair Transformation You Can Do In A Half Hour With Hair Extensions »