An Interview With Gaia Passaler

An Interview With Gaia Passaler 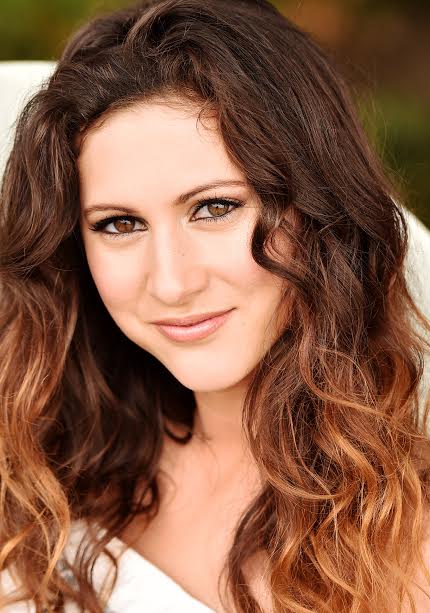 We recently caught up with the beautiful and talented actress Gaia Passaler about her life as an entertainer and her new projects. Here is what she had to say:

Please introduce yourself to the readers and how and when did you first get into performing?

I first started performing when I was 10 years old in a theatre class at my school. I initially wanted to sing but they cancelled that class for the semester and asked me if I wanted to take a theatre class instead. I immediately fell in love with that incredible adrenaline feeling of being on stage. Also, from the earliest time of my childhood I would spend a great deal of my free time watching over and over again all of my favorite movies and memorizing entire scenes from them which I would then perform on my own or with my best friend. During my first year of high school, I got all my friends involved in putting on a play taken from The Canterville ghost by Oscar Wilde

What inspired you to get into the entertainment industry?

I think the first time I saw it in a friend’s eyes who had been somehow touched by what I had done on stage. There was a wonderful feeling of happiness, liberation and power that came over me. The realization of the power that I would want to possess and the power of telling a story and affecting people, enabling them to experience strong emotions, but at the same time being safe, because I was doing the “dangerous” work. Telling a story and bringing it to life is to me, one of the most courageous and beautiful things that human beings can do.

What kind of training have you had, if any?

I attended a few different theatre courses in Milan, Italy, where I’m from, both in school and outside. Teatri Possibili and CTA in Milan were two of them. Growing up, my passion for performing and acting couldn’t become my profession until later on, because I initially followed in my father’s footsteps and went to dental school in Milan. Luckily, I realized I wasn’t supposed to abandon my true passion and decided to fully devote myself to acting and move to New York City to attend the American Academy of Dramatic Arts for 2 years.

What has been your favorite role to play so far?

I think for theatre, it was Clytemnestra in Charles Mee’s Iphigenia 2.0 which I performed in New York in 2016. As for film, I loved playing Julia last November in the feature “The Chosen Path”. Both are very strong women, who refuse to give in to defeat or complain. I learned a lot from playing both of them.

What has been one of the most exciting achievements of your career so far?

Performing at the historic Alex Theatre in front of 1400 people and being part of the cast for the upcoming movie with Malcom McDowell, ‘The Mystery of Casa Matusita”

What projects do you have coming up?

The TV mini series ‘Bomber Command’ and the TV series “Emergency LA”, as well as “The Mystery of Casa Matusita’. I am also performing at the Hollywood Fringe Festival in the world premiere of ‘Inversion’– a play in which I am Natalia, a strong and confident Russian girl, who is pursued by a socially awkward and genius mathematician whom her roommate has a crush on.

Some of the directors I dream to work with are; David Lynch, Alejandro Gonzalez Inarritu and Ron Howard

What are your plans for the future?

I want to continue to pursue my acting career and continue to work on my training. I plan to work both in Europe and in the United States and travel to Italy, where my family lives, as often as I can.

What is your advice to aspiring performers?

Always focus on the present moment with your eye on the future and never let the past affect you. Also, have the courage to make bold choices and take responsibility for them, both with your life and in your job.