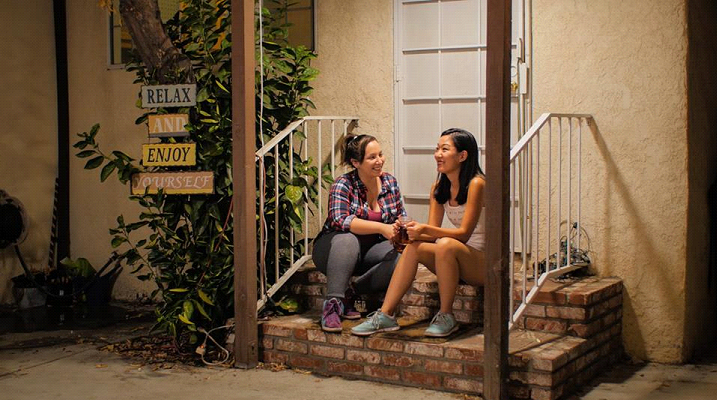 We all know the mean girls, the girls who are feared and worshiped at the same time. The ones that always get what they want and go through life fearlessly collecting prom queen crowns and boys’ phone numbers. But what about the other type of girls? The ones that got good grades in high school and never got in trouble. The ones that have big dreams and great aspirations but sometimes have a harder time achieving them. The girls who are nice to people but unfortunately get taken advantage of.

Meet The Nice Girls. A new web series created by actress Hannah Jieun (The Grocers) and directed by Alex Perez (Branching Out.) The series revolves around two friends, Hallie played by Jieun and Mimi played by actress Ximena Casillas (Skye), who move in together to their new home in LA. We follow Hallie and Mimi as they navigate the world of dating, auditioning and trying to “make it” in LA.

Hallie is an all Asian American girl who is very sweet and nerdy, but has a secret fiery side. She often feels a little lost but always has the courage to overcome any difficult situation. Mimi is a young intelligent girl from Mexico who is very goal-oriented and seems to always have the right answers, but sometimes breaks down when facing difficulties.

Recently Casillas spoke out about the project, “ I love how passionate she (Mimi) is. She has this great intuition and strong belief in herself, but she also has struggles which makes her very relatable.”

The series also features Christopher Manning (Revenge). Manning plays Hallie’s best friend, Adam. Christopher is really excited about being a part of this production. “I love the series. When I read the script I immediately knew I needed to be in this project.  Its humor is very clever and smart which I love!” he stated last month in an interview .

The Nice Girls is also Jieun’s debut as a writer. “ I wanted to create original content that spoke to my generation and that promoted a positive message, I have had great life changing adventures with my friends and I thought ‘why not write about it?’”

The anticipated web series is expected to be released later this winter and we can’t wait to see it!