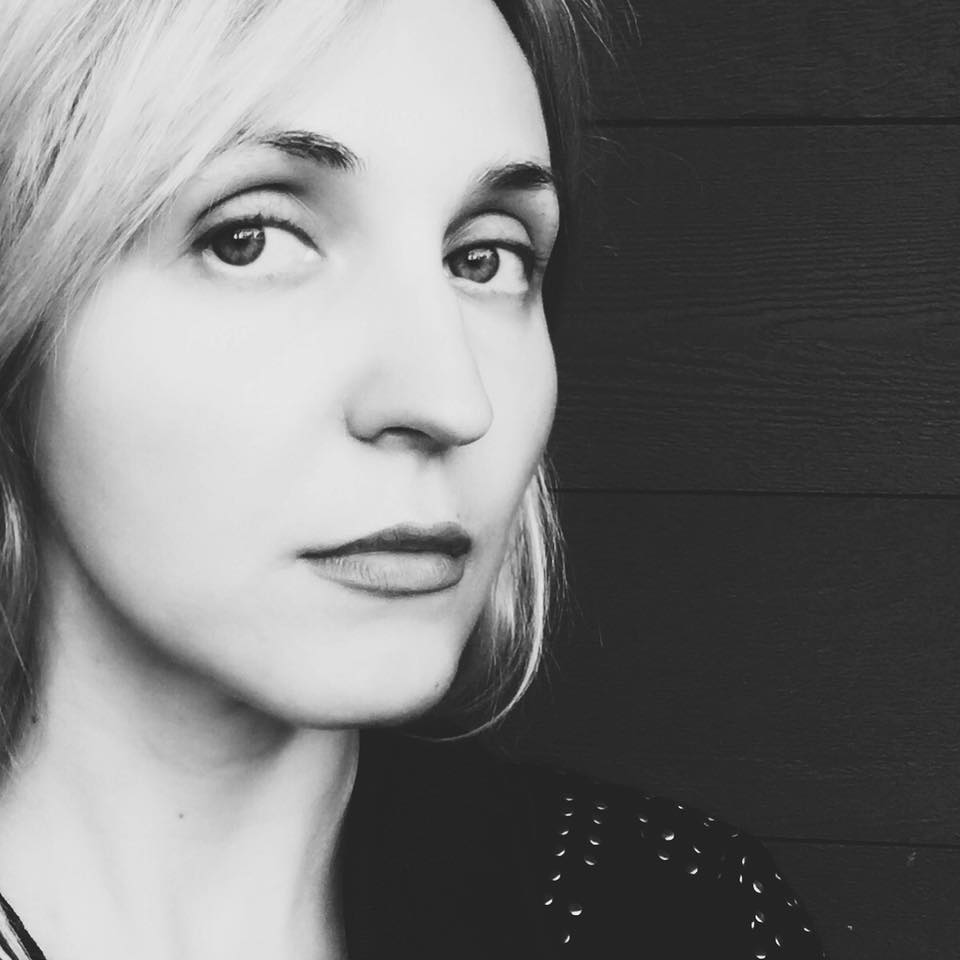 While interviewing Lila Serezhkina, I noticed that she possesses a very unique way of a visual and sensual prescription of this world. Her interest in images and photography and mixed media ultimately moved her to create Photosculptures, which have thrust her into the spotlight of the international art world. She started with still photography and models but she found that there was something missing. So, she learned how to make porcelain face casts and began to combine the photos with the three- dimensional face masks to make a new art form ‘Photosculpture’. These incredible pieces give soul to the photograph and force the viewer to look not only at the overall creation but also into his or her own self from a new perspective.

Step into the surreal world between a photograph and death mask with Lila Serezhkina’s Photosculpture series. This young artist transformed into a successful professional with her own unique and very recognizable style which brought her great publicity in Russia. Lila’s first significant work was a ‘solo-show’ created in a mixed-media visual technic, which she invented, completely by herself. This successful exposition of ‘‘InHarmony Photosculptures’’ was presented in the Art Moscow Festival, which is considered to be the most honored and popular festivals in Russia, Art Fusion in the United States and Art Gallery in Canada. With this innovation Lila did a huge input in modern arts, which, is the main idea of being an artist nowadays, because the real creator must give the world something new, unique and totally breathtaking.

How long have you been making these incredible photosculptures and how did you get the idea?

The first time I took a mask of a model was in 2008. I have always been mostly interested people as an object for transmitting paper or canvas of film. I was telling stories through people one way or another. It is not just a dry image of a human but rather a complicated mixture of drama, inner world, legend created for each individual shot. I wanted images to be like pictures ripped out of a psychological movie, so that each particular picture would bare the story’s beginning and end at the same time. My task was to demonstrate an individual as someone real, to make him die and be reborn again in a picture, to show him completely renewed and 100-percent alive.

How did you create such perfect faces, withdrawn into themselves, and by being this way, absolutely beautiful?

When I realized that I was missing something new, I had to combine painting, photography, theatric art and sculpture in one whole. Thus, I found 3 of the most courageous models and took my first masks of them. They were indeed expected to show great courage and trust in me, I essentially carried a huge responsibility for these individuals in the process of taking their casts. The result was outstanding, and when I molded those first masks it was impossible to take my eyes off them.

What is the purpose of the Photosculptures series?

My purpose is to make people recall their state of pureness and perfection. My models, who are not the standard of beauty in the general understanding, just fell in love with their faces and how they could be like that. Practically, all of them noted that since the cast-taking experience, their lives began to change, and gain something absolutely new, as if they were subconsciously striving for that state of harmony and acceptance of the world and themselves. Every human being experiences this state one way or another. We keep coming across it throughout our lives in rare moments of feeling absolute happiness. It is the purpose to help people recall this pristine beauty of theirs as they contemplate these faces, even if it happens at a very deep-down level.

Is there a meaning behind each photosculpture or are they just created to be visually interesting?

Of course, each of my pieces is a story. I try to put a whole story together in just one picture, not using epithets or actions of characters but rather color, light, gestures, head turns, psychology of glance and definitely a particular key visual image that leads a story. I don’t impose my stories, they should always have some kind of a loose end. I am interested in dialogue with the viewer rather than my personal monologue in complete silence.

Some of your photosculptures seem like they could be living human beings, how do you achieve such a lifelike appearance?

My masks are a cast of a soul that’s not suppressed but is honored by a mind. You may or may not believe it but masks absorb a particle of a model’s energy, and become ‘alive’ in a certain sense. They reflect that person’s state of pure harmony with nature that’s attributed to children, we are born with it. We experience it in the most significant moments of our lives.

I am aware you have had a wonderful show displaying these photosculptures. How was the response to the shows?

The first series of my photosculptures, called inHarmony, was presented at my individual show in one of the central Moscow galleries in 2010. Art critics responded over excited to my works, and some TV shows even hosted ambitious arguments on the exact meaning of those pieces of work. The audience was divided in two. One half experienced confusion and phobia regarding ‘‘death masks’’, but yet, could not take their eyes off them. The other half was at once attracted to the art and reacted with curiosity and amazement. For me, it became the most exciting aspect of the creative process, when I was able to observe the observers, and most importantly nobody was left indifferent at my show.