Gal i Nepal…An adventure comedy about friendship, love and kidnapping

Gal i Nepal…An adventure comedy about friendship, love and kidnapping

By the foot of the Himalayas in Nepal, in an area called Mustang, there exists a very peculiar marriage tradition. In this remote area, parents traditionally decide who their children are going to marry. However, a loophole exists in which a boy can kidnap a girl and keep her captive at a neutral family’s home for three days whilst he attempts to convince her that she should marry him instead. If she says no, he has to let her go, but if she agrees, her family cannot oppose her decision, and have to accept their new son-in-law into the family.Watch Here Kickstarter: https://www.kickstarter.com/projects/2129393145/gal-i-nepal 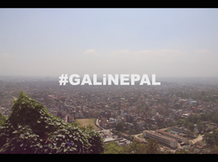 Norwegian director Carl-Magnus spent many of his childhood years in Nepal, and is looking to crowd fund a comedy based on this unusual tradition. The movie will feature an awkward Norwegian engineer who falls in love with a beautiful Nepalese girl and seems to really hit it off with her. When her family attempt to marry her off to a man in her village, the engineer embarks upon a quest to kidnap her and get her to marry him instead.
The production will give jobs and money to the Nepalese people, as it will be filmed on location there. Nepal is an impoverished country, and is in a particularly bad state after the recent earthquake. This project hopes to inject some money into the economy. If it achieves its funding target, it will also be the first ever successfully crowdfunded movie to come out of Norway. It will be a monumental occasion for the nation’s independent filmmakers.

« Create your own Home Based Business
Sana Safinaz Eid Collection 2015 »