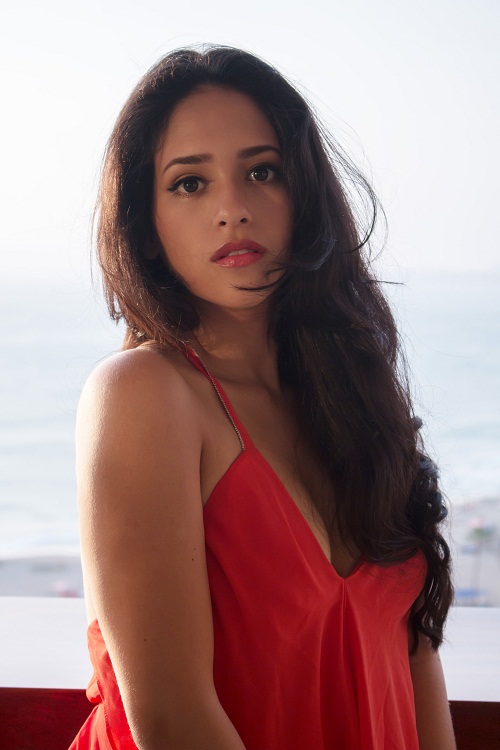 Paloma Fevi, the actress from Peru, has done something only a few people have managed to achieve. She has embedded herself in the Hollywood movie industry and has established herself as an actress to be reckoned with. What we mean by that is she doesn’t pretend to be an actress and isn’t just another pretty face waiting in the wings hoping to get a part. She is passionate about her vocation and if you see her in commercials, music videos or the films she has done you’ll immediately understand what we’re talking about.

Paloma, at first glance, is a striking beauty. At second glance – when she is on the stage or on a movie set actually working, she is the woman who owns that stage and that movie set. Her acting power is so real and so radiant that she blinds you with her characters, so to speak. One of the feature films she performed in was Cuchillos en el Ciello and when she came in to the scene all the other actors seemed to disappear. It was Paloma the audience watched. The Same with Netflix’s Drug Lords. Her characters no matter how much screen time they get, are always true and always inspiring. She is a gifted actress who got into the right business.

She conquered the Internet with her lead roles in the YouTube videos artist Franda, which was nominated for the MTV Millenium Award. The music videos garnered easily over 13 million views thanks to Paloma’s presence, and now has her talent aimed at continuing to conquer Hollywood.