All the World’s a Stage | Girls Mag

All the World’s a Stage

All the World’s a Stage

Isabel Kruse has represented her home country of Australia on the international stage as a singer and actress, starring in works as diverse as ancient Greek tragedy to rock musicals to premiering new roles in contemporary American drama. She has toured Australia, the UK, and even the Mediterranean, taking to the high seas with Royal Caribbean Cruise Lines as the lead female delivering showstoppers in fast-paced production shows ‘Dancin’ Thru The Movies’ and ‘Ballroom Fever’. Classically trained at heart, she has recently been engaged as a Principal coloratura soprano with the eminent Gramercy Opera Company in New York City, as well as having concerts planned in Stockholm, Berlin, London and Toronto. We sat down with Isabel Kruse to get to know the artist herself. 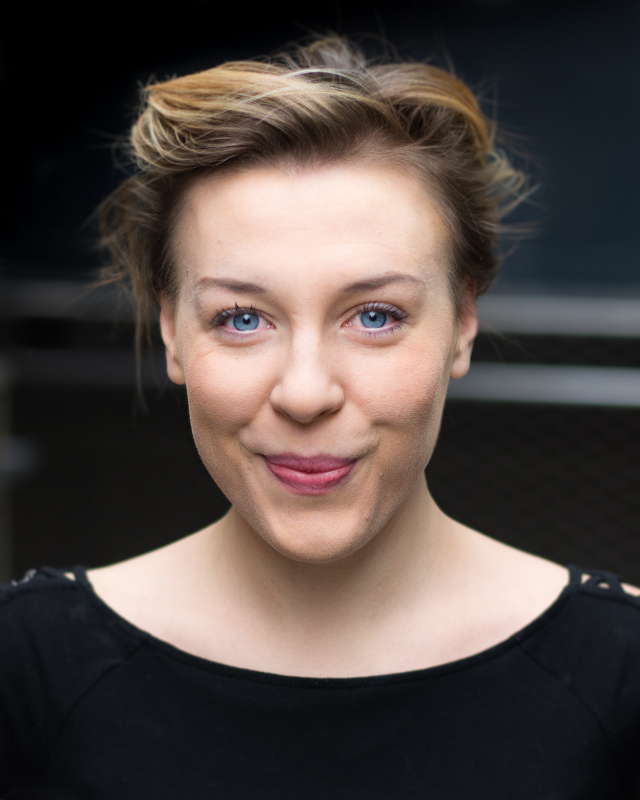 Hey Isabel,
it’s great to have you with us.
It’s my absolute pleasure. It’s so important to have publications like Girls Mag reaching young women out there.

You’ve worked all over the world. Where’s your favourite place to perform?
Oh, great question! Hitting the streets with Patch Adams (the real-life clowning and caring doctor portrayed by Robin Williams in the film Patch) in Ecuador was an absolutely life-changing and life-affirming experience. I have worked as a clown doctor in Australia and as an entertainer all over the world, and to work alongside Patch himself, was simply magical. 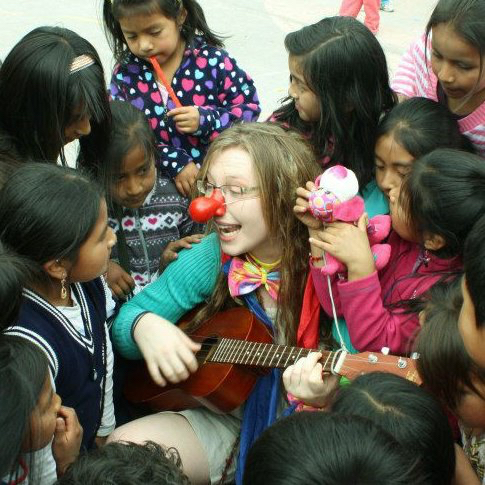 ISABEL KRUSE CLOWNING AROUND WITH PATCH ADAMS IN ECUADOR, WITH THE GESUNDHEIT ORGANISATION

Otherwise, Paris was a true highlight. It was a whirlwind trip, scouted by a producer at a cabaret in London, then on a train to Paris the next week to perform at the Broadway Au Carre, the only musical theatre concert series of its kind in France.
The audience was completely sold out in this amazing underground venue, and I speak petit peu French, but after a few songs, we just ditched the translations and communicated with the music. The connection was incredible.

Tell us about where you’re at now. What’s it like to work as a professional performing artist in New York City ?

I love every day I get to play, no matter where in the world I am. In New York, the incredibly special thing is the opportunities you have to work with some of the greatest artists in music and theatre today. I recently shared the stage at a major concert with 25 Broadway and TONY award-winning actors, and I just kept pinching myself to believe that I had been chosen to sing alongside them.

How were you chosen for that?
Well, it’s actually super funny. I have been singing at this venue as part of their open mic for a while, and the host, Ben Cameron (Original Broadway casts of TONY Award-winning Broadway musicals Wicked, Aida, and Footloose) and associate producer Mari Hardon (Broadway cast of TONY Award-winning Avenue Q) just came up to me one night a few weeks before the event. He asked, on stage, if I was free that night. I was like … yes? Then he says, well, you want to share this stage with some Broadway legends? It was hysterical, I couldn’t even talk.

You’re no stranger to the professional stage, though. How many shows have you been in?
Oh boy. 73.
73 shows!!
Plus another odd dozen of directing and casting, and of course the occasional film gig that pops up. I’m definitely a workaholic. [laughs]

Well, then you know the next question. What was your favourite?
Oh gosh. That’s like Sophie’s choice. I truly believe every job, every role, happens for a reason, something to learn. I have to say working on this wonderfully exciting new play Against The Wall in its very first workshop reading in New York this past year was a standout for me. It’s a remarkable play and I’m looking forward to continuing with it as it moves to Off-Broadway next year.

We can’t wait to see it. Can you give us a hint to your character?
Sure. Emily is – oh boy. Emily is right in the middle of this three-generation family drama. She’s a force of motion in an ocean of lethargy, and when things fall apart, who is supposed to be picking up the pieces and holding everything and everyone together. The piece is just dripping with remarkable honesty. Every performance is raw, and different, and an absolute thrill.
So that’s a little bit different than your Shakespeare roles. [laughs]

I like to mix it up! You’d be surprised though, family drama is the one constant in just about every piece of theatre. I’m just about to start working on Medea with this incredible director Rose Blackford for her new residency series in New York, and it’s absolutely astounding how contemporary it feels to explore these roles in the #metoo era.

Tell us about being a female performer in the #metoo era.
I think it’s an incredible time. As an artist, it makes my responsibility to strive forward so utterly clear. To have the opportunity to work on new works in development, world premieres like Against the Wall and other work that we are doing here in New York, to know that we are creating work and job opportunities for every generation of female artist to come is a huge contribution to the field, that I’m honoured to be a part of.

Thank you so much for taking the time to chat with us today. How can we follow you?
I actually keep myself social media-free – puppy memes distract me from learning lines! Please do follow the incredible organisations and artists that I work with – Turn to Flesh Productions @turntoflesh, the Off-Broadway Players Theatre, Gramercy Opera, Justy and Rose – and you’ll get all the details on what I’m up to!