HISTORY OF THE COFFEE MAKER

HISTORY OF THE COFFEE MAKER 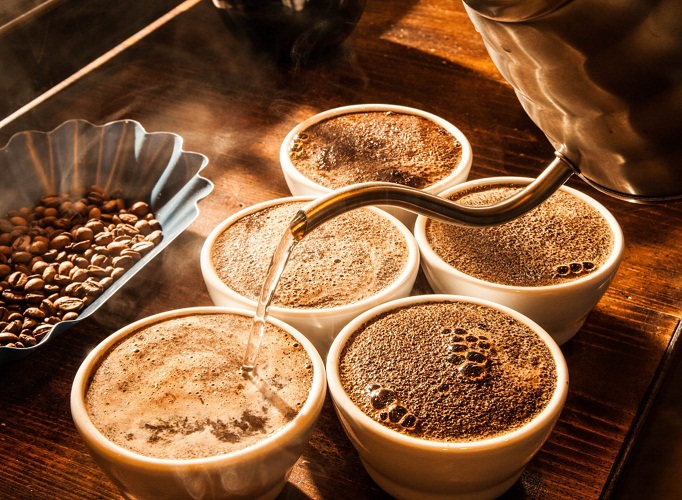 A coffee maker, by definition is a cooking appliance used to brew coffee. Over time, there has been various coffee making machines and principles that have geared towards more output at lesser time duration. The very earliest forms of coffee making predominantly relied on the automatic drip brew principle.

Exploring The Earlier Forms Of The Machine

There were a lot of innovations made on coffee machines and the first method used was the drip brewing method where the biggin was used and the quality of the brewed coffee depended mostly on the size of the grounds and one major problem with this was the taste.

Other brewing devices like the vacuum brewer which use the vacuum principle started gaining popularity, with an example being the vacuum machine which produced a clear coffee brew though the machine was too complex for use.

Later came the coffee master, a vacuum brewer which was an automated coffee maker that was later sold in large number during that period particularly in the US. In the 1930s, there were a lot of improvements that were made particularly on the filtering mechanism.

Another coffee machine, the percolator was developed which basically had a self-contained electrified powered heating elements that were used to reduce the use of stovetop burner. One critical element in the success of this electric machine was the creation of safe and secure fusing and heating elements. Later, there was the development of electric drip machine for homes back in early in 1970s, thus therefore
reducing the popularity of percolators.

In 1933 the moka pot coffee maker was developed which was basically a stove-pot machine that produced coffee by passing hot water pressurized by steam through ground coffee. This machine was majorly used in Europe and Latin America and it became an iconic design which is displayed occasionally in modern art and design museums.

An electric drip which is also known as dripolator used the thermosiphon principle. This machine made around 10-12 cups of coffee drip. Subsequent upgrades were later made in this machine to improve the coffee making process and therefore increase the amount of coffee being made.

The pourover/ water displacement drip is an innovation that was used while holding tanks or broilers pre-filled with water. It produced coffee at much faster rate than the standard drip designs. This method was most efficient when used to brew coffee and the output was impressive. The machine was mostly used in offices and restaurants due to its resourceful
nature.

A French press machine is an innovative machine that works by placing coffee and water together, stirring it and leaving them to brew for some minutes then later pressing the plunger to trap the coffee grounds at the bottom of the beaker. The content of the French press was considered spoilt by some reports after 20 minutes and perhaps this is what lead industry experts to look at a more reliable coffee machine.

Espresso machine which was a single –cup maker was developed
and has gained popularity since its technology often allows for the choice of
cup size and the brew strength. It tends to contain a determined quantity of
ground coffee and usually uses internal filter paper and also delivers coffee
rapidly, usually at the touch of the button.

Today a variety of beverages are available for brewing with this
single- cup affordable machine for example tea, chocolate and milk based beverages. And
aside from assisting in brewing more beverages other than just coffee, this machine
is developed for both home and commercial use.