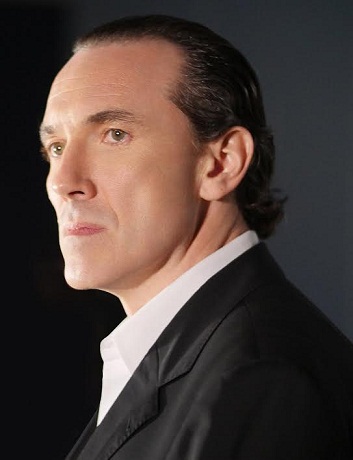 Ego is a big guy, 6.5, 220, with quite the muscular build. But while his body is full of brutal confidence (thanks to military special forces training), his face is full of intelligence, intellect and spirit (thanks to high school musical and Moscow State University).

That face also can be intimidating, and that was widely used by film directors to portrait top ranked villains with all sort of backgrounds. Ego is clearly the best to play elite assassins, bosses of mafia, rebels commander and superheroes evil antagonist.

But what is intriguing is his ability to play all of these Baddies with shades of nobility, telling their stories in the light of personal dramas of each one of his heroes, who finally end up with dark sides.

It seems to be that audiences nowadays already seek to be technically perfect, but emotionless fights and actions with all sort of stories, except the human being objections.

It’s a shame to see some of our superheroes without a fracture of intellect in their eyes, or out of a single drop of the blue blood inside their perfect bodies. We do like them onscreen, but we do not believe them after the show and will not follow them in unless real stuff is about to happen.

Thus, we predict it’s time for a new type of hero to come to cinematography, genetically true leaders, smart and spiritual, like Ego Mikitas.

You would love his baddie roles and how he plays them. At least you will respect and understand them and the why they choose to act a certain way. Ego’s first role as a member of a gang, played in the “Volki” (Wolves) produced by Uzbekfilm showed he is furious, mentally unstable, and brutally violent in order to scare opponents. At the same,  we see him carefully count the steps as a great chess player, cold blooded and noble in respect of unwritten mafia rules about innocent people and families.

The soviet army captain Nikolai,  his hero in “Neverland” produced by “Fujiflim”, is fully set up by circumstances as a legally approved torturer – the supervisor at  WW2 prisoners camp. Ego’s hero cannot disobey the orders, he cannot change the history, or choose a time he was born. But every time he can perform his duties without supervision he chooses the noble way as only honored military officers do.
Genius Assassin Vladimir from “Out for Vengeance”, played by Ego- the man of his word, the guard of his own principles. Professional executor, walking death, but not a single drop of blood was taken for fun, or stupidity. This was a highly respectful character played perfectly by Ego Mikitas.

Then there is Malek, the boss of mafia, from “Genre”, who literally ruined a city to take full control. As Ego played this character, he was the most attractive villain I had ever seen. Apart for being a real father to his own daughter, he played the father of his own criminal family, a real and very modern godfather.