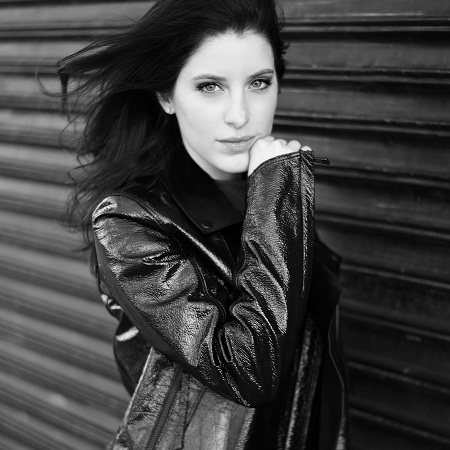 This world-traveled beauty gets a lot of looks no matter where she is. She can be in a mall, a New York Starbucks or just strolling through Central Park and men and women alike do double takes. Her beauty is one thing but everyone seems to think that they know her from somewhere – and they do. Mireya Rios has been in countless films and commercials and Snapchat and Instagram are also part of her sprawling entertainment stomping grounds.

Mireya was born in Mexico, went to high school in Switzerland, speaks, fluent English, Spanish and French and lives in New York City. Her cosmopolitan outlook on life is as refreshing as her talent is. She’s at home wherever she is standing and each role that she’s taken on feels like she just bought a new jacket and it fits perfectly. That’s because, even though she was born with an abundance of natural talent, she took the time to go through exhausting and extensive acting training at UCLA, Lee Strasberg and the New York Film Academy.

Mireya takes life as seriously as she does her acting career. She may look like a calm, well-grounded and highly intelligent young women (which she is, by the way) but her inner workings are all focused on the role she is playing at the moment. She is in the moment as an actress, just like Meryl Streep, Cate Blanchett and other well-established actresses are. Mireya is no different from the best of the best in that she can block everything out that isn’t supposed to be there or distract her when she’s on stage or on a movie set.

Mireya has worked in both the United States and Mexico and has built up a thriving career in both countries.The film industry in both New York and Los Angeles awaits Mireya Rios with some exciting projects available for 2017. When she has a break, this busy actress jets across to Mexico City to dive into their bustling TV and movie business. She has a lot of irons in the fire this year but more importantly hopefully, Mireya will get a chance just to relax for a few days.