Should You Pick Your Own Engagement Ring? | Girls Mag

Should You Pick Your Own Engagement Ring?

Should You Pick Your Own Engagement Ring?

Did you know that around 1 in 3 women pick their own engagement rings these days? There are arguments both for and against picking your own ring. If you pick it yourself, you know you’ll have a ring you’ll love forever and ever. However, this will take the element of surprise out of it, and your ring might not be as sentimental to you. If you’re unsure whether picking your own engagement ring is the right thing to do, read on:

You Trust His Judgement

If you trust your other half’s judgement, then feel free to let him pick the ring himself. If he has made good decisions for you in the past, such as outfit choices, then let him pick the ring himself. Some women feel crippled with indecision when choosing their ring, as they agonize over every small detail. If you know your partner is usually good with things like this, let him take the hard work out of it for you.

Using Pinterest is a really clever way to pick your own engagement ring without really picking it at all. Create a board and add all of the styles you love to it. Then show your other half or send them to him. He might be able to find the exact rings on your list, or he could have one made to look exactly the same! This way, the ring and engagement is still a surprise, but you know that you’ll be getting a ring you love.

Of course dropping hints is a simple way to let him know what you want. You could gush over a ring you spotted in the window of a store, or one you’ve seen on TV. Hopefully, if you’re anywhere close to getting married, he’ll be smart and take this information on board 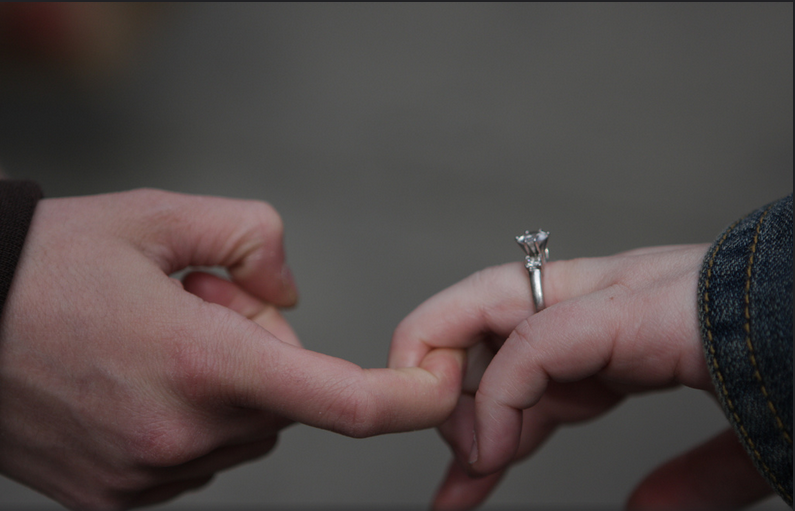 What You Don’t Want

Instead of telling him what you do want, be flexible. Don’t set your heart on anything; instead, specifically tell him if there’s something you don’t want. If there’s a shape or style you hate, let him know. Use pictures to demonstrate. This way, you won’t worry about receiving a ring you hate and it’ll still be a total surprise.

Give Him a Choice

f you’ve spotted a few rings you wouldn’t mind being presented with, give him a choice. The designer engagement rings from Whiteflash come in all kinds of styles for you to show him. Then, all he has to do is decide on the one he likes best and present it to you when he’s ready. You’ll kind of know what you’re getting, but it’ll still be exciting as you won’t know when you’re getting it or which one he’s chosen.

Hopefully, this post has given you a few options and an idea of what you want to do. Do you want to take total control, loosen the reigns a little, or let him decide? Lots of men can’t tell the difference between different rings, so don’t feel sad if he needs some help!