King Tatie: A Force to Be Reckoned With | Girls Mag

King Tatie: A Force to Be Reckoned With

King Tatie: A Force to Be Reckoned With 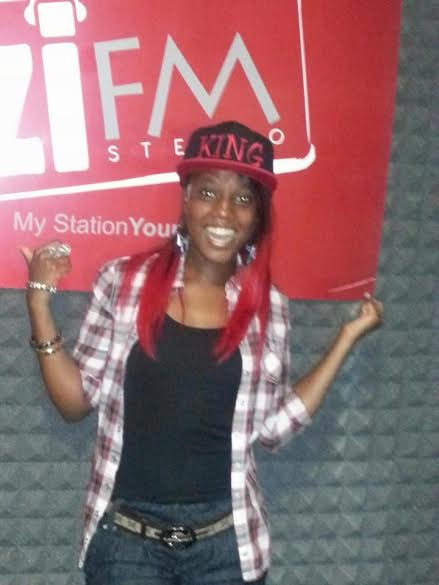 Passion seems to be what drives all the great people to the top of their game. Whether they’re painters, musicians, singers, filmmakers or even carpenters and mechanics, if they’re the best in their field, then passion most likely helped push them there. There’s a young rapper/singer/songwriter in town who knows exactly what we mean when we use the word passion. Her name is King Tatie (née Tatiana Chipondaminga) and she is from West Sussex, England.

King Tatie knows what passion truly is because she grew up with a passionate desire to dance, model act and sing. She grew up knowing that performing was really the only thing that she would ever want to seriously pursue as a profession. Her parents saw the passion in their daughter’s early life and got her professional training in all the above arts. During her early years, King Tatie recalls performing in “any and everything that would allow me to showcase my talent”; this included school productions, talent shows and competitions. Then, when she was in her early teens and starting to truly understand the art of live shows, she took her performances to the next level, by going overseas to the United States in order to build a fan base on top of her very existent and growing fan base in England.

King was commended for her distinctive performances, as she started spicing up her shows and bringing the songs to life with dance choreography, which was choreographed by Darrien Henning, a professional dancer and choreographer who boasts many credits to his name, such as Australian pop artist Cody Simpson, Britney Spears, and artists from Columbia, Capitol, and Atlantic Records.With Henning’s guidance, King Tatie was able to quickly establish a reputation as a diligent, hard working, and extraordinary performer, with bars and dance moves to keep the whole crowd moving from start to end.

King Tatie’s shows started out small and continued to escalate as she kept making more and more noise in Los Angeles, which resulted in her catching the eye of RK Records/RunDMC Productions, a prominent recording label and talent management in Beverly Hills. RK Records is responsible for jumpstarting the career of Vanessa Hudgens, as well as adding a slew of other credits to their name like LL Cool J, Pussy Cat Dolls, MC Hammer, Beastie Boys, and of course, Run DMC to name a few. After meeting RK Records in person and performing some of her original music for them, they put her in the front line of their self-produced live concerts, such as the Christmas Show, Easter Show, Industry Showcases, Toys for Tots Charity Showcases, Red Carpets, and other events which were held all throughout the year.

King Tatie also recorded original material with RK, some of which may come as a pleasant surprise to fans who are familiar with her King of Spades EP. Autobiography Pt. 1 and My Type were the songs King Tatie recorded with them, and they were the same songs King Tatie performed at their concerts, along with I Got It, Goldie, and Yasss Bish.

King Tatie’s passionate way of living and connecting with the world is obvious by the entertainment career that she chose to pursue. Her passion shows in everything she does, and she can only get better from here. She continues to gain several fans on a daily basis, and is always putting herself out there in order to get to know people and touch lives through her music. King Tatie is definitely a force to be reckoned with, and we’re sure to see her at award shows and on our television screens in no time.